DISCLAIMER: I was told by a reader that the T50v0 is NOT the first planar magnetic ever, and was preceded by the Wharfedale ID1 Isodynamic headphone in 1972. It is a less conventional design than the T50, but it is technically the first planar nonetheless. Thanks!

The Fostex T50 is one of the more unconventional headphones I’ve had the chance to own. For context, this is the world’s second ever planar magnetic, manufactured in Japan from 1974 to 1984. Three revisions were known to exist, with changes to the headband and driver – the v0, v1 and v2. This model is the v0 and was only made until 1976. It has given birth to the NAD RP18, Sansui SS-100 and Aiwa HP-500, which are some of its variants. Over the years, it has become a valuable and extremely scarce headphone.

In later years, Fostex had began manufacturing the T50RP (which is ironically the first > $100 headphone I had ever purchased). It is an entirely different design altogether. The T50 is the first “traditional” planar design sporting a 80 mm circular Kapton diaphragm, aluminum trace and anisotropic ferrite magnets, while the T50RP adopts a 50 mm square polyamide diaphragm, copper trace and neodymium magnets. 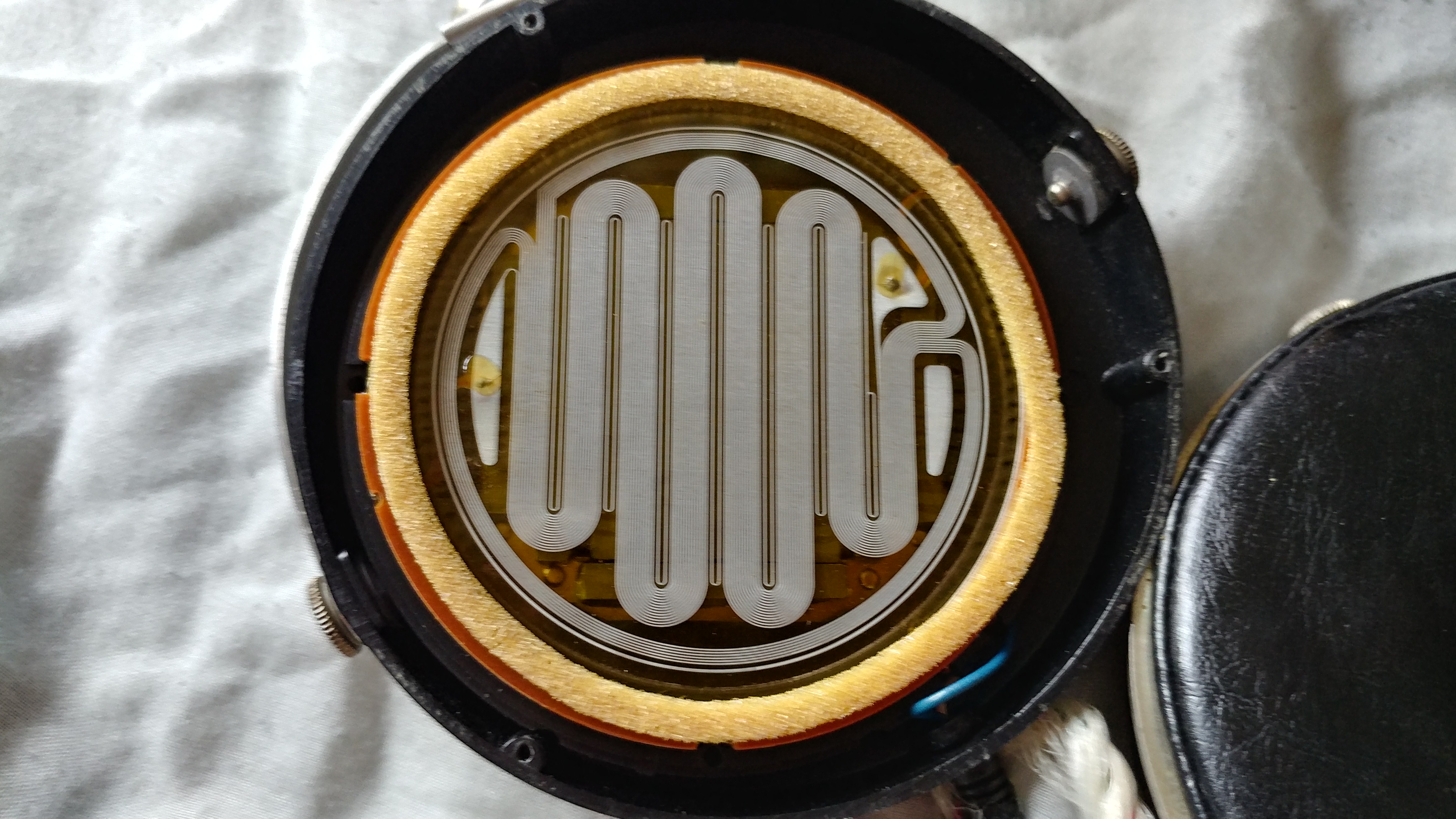 This article isn’t meant to compare both, but I have always had problems with the modern T50RP. In stock form, frequency response is very wonky, with an awful peak around 10k and poor bass extension among other issues. The sound is also dynamically compressed, grainy and low in resolution. I have personally modified my old pair and heard known mods such as the Alpha Dog and Dekoni Blue, which have partially corrected the FR problem, but kept the driver’s glaringly poor technicalities.

This open-back weighs 480g including the 3m cotton-braided cable. Its impedance of 60 ohms is moderate, but its fairly low sensitivity of 94 dB/mW increases the power requirements (though my iFi Micro iDSD Black Label easily drives it). The headband is very well padded, but the headphone gets uncomfortable over time due to the flat on-ear pads pressing my ears despite the low clamping force. Obtaining a seal is also difficult due to the aforementioned reasons. I know that some mad men (*cough* Feilong4) have bravely modified this headphone to use over ear pads, but I have kept mine fully stock.

So how does such an early planar stack up to modern equivalents? Well, on a technical level, I find this headphone roughly on par with contemporary mid-fi planars, but not as apt or refined as higher end models. The T50 sounds like a definite improvement over the modern T50RP, which is quite frankly lo-fi to me. I would subjectively describe its FR as dark and midrange centric. It sounds flat from the sub-bass all the way up to roughly 3 kHz, where the headphone slopes down (akin to an Audeze LCD headphone), with a mild peak in the mid-treble.

Bass extension is surprisingly good if you manage to obtain a seal. The headphone easily reaches down to the sub-bass, but doesn’t have the bottomless extension of something like a HiFiMAN Susvara. It also sounds significantly more liquid and rounded in the low end, which is a characteristic you’d typically hear in dynamic drivers rather than planars, which tend to have a more solid and fast presentation of bass. That being said, I would certainly not qualify it as wooly or bloated, though it does lack some macrodynamic low end punch when compared to certain higher end modern planars like the HiFiMAN HE-6 or Audeze LCD-4.

Midrange is undoubtedly colored. While mostly flat, it dips in the upper midrange roughly past 3k, which warms up the overall tonality. The timbre is also smoothed over and texturally on the thick side for a planar – this, along with the slower decay, causes the headphone to exhibit a characteristic haze in the mids, which is something I’ve heard in the HiFiMAN HE-1000v2 and Meze Empyrean. However, one could argue that this effect is more pronounced on the T50 – if you’ve heard other vintage orthodynamics, you may recognize this tonal “sweetness” I am referring to – grittiness in vocals is polished over, and the highest harmonics of certain instruments sound diminished. I personally find this tuning enjoyable for laid-back listening, but others may be turned away by the nebulous presentation, which is not the final world on speed, resolution or neutrality.

Treble is an interesting segment of the Fostex T50. It’s definitely recessed, darkening the sound. The headphone also seems to lack extension in the upper treble, which creates a lack of air and a “closed-in” feeling to the presentation. Note that others who have used ear pads with a wider opening have reported bumping the treble up significantly as well as improving its extension, but I did not experiment with that. There is also a small peak in the mid-treble, which, in conjunction with the recessed lower treble, offers a sense of sparkle to cymbals. Nonetheless, I have to applaud this headphone for the smoothness of its treble presentation. It is surprisingly clean up top, even more than certain high end planars like the HiFiMAN HE-6 and Final D8000, which seem to exhibit a grainy etch that I could only barely hear in the T50v0. It doesn’t have the treble finesse of the Susvara, which is my gold standard in planars, but it arguably presents some of the cleanest top end I’ve heard in planar magnetics.

Detail retrieval and overall resolution are decidedly in the realm of mid-fi on the T50, which is impressive considering that it’s essentially a proof of concept for all planar magnetics beyond it. Soundstage is very narrow with more depth than width, hindering overall instrument separation. The T50 also presents microdynamics and percussive attack well, but its macrodynamics and slam are not as authoritative as in certain modern planars.

Overall, I think the Fostex T50v0 is a good sounding headphone. Sure, high end modern planars offer a more sophisticated sound in terms of technicalities and overall FR coherency, but this vintage pair does many things well, and is an enjoyable listen. I am disappointed by the fact that the modern T50RP performs so poorly in comparison – Fostex has immense resources, and I genuinely believe that they are capable of building a better planar, considering they have done so before, and are currently manufacturing some of the world’s finest dynamic driver headphones (TH-900, TH-610 and TH-X00). Maybe one day…

… but for now, I like to think of the audiophile sitting in their living room in 1975, loading Marcos Valle’s Samba ’68 vinyl onto their phonograph, laying back and smiling as warm music from the T50 appeases their mind…